Parents need to know that Garena Free Fire is a freemium multiplayer survival shooter for iOS and Android devices. The point of the game is to kill other players until you’re the last man or woman standing. There’s no story or sci-fi fantasy wrapper around gameplay; you simply shoot other humans in a real-world setting and collect rewards for doing so. Violence is realistic, so wounded players bleed and fall down dead when shot. Some female characters are sexualized (as a sexy nurse, sexy schoolgirl, etc.) and wear revealing outfits. Players communicate via text and voice chat, and can create friend lists and join or create guilds. Consumerism here is high; upon logging in, multiple screens appear urging players to buy things, and the app’s menus constantly encourage players to buy virtual currency to spend on costumes, weapons, pets, and additional characters. Players are given “missions” to buy from the in-app shop, and players are encouraged to spend currency on gambling mini-games. Read the developer’s privacy policy for details on how your (or your kids’) information is collected, used, and shared and any choices you may have in the matter, and note that privacy policies and terms of service frequently change. 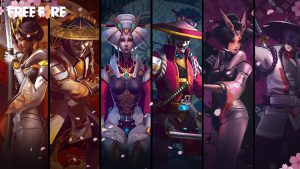